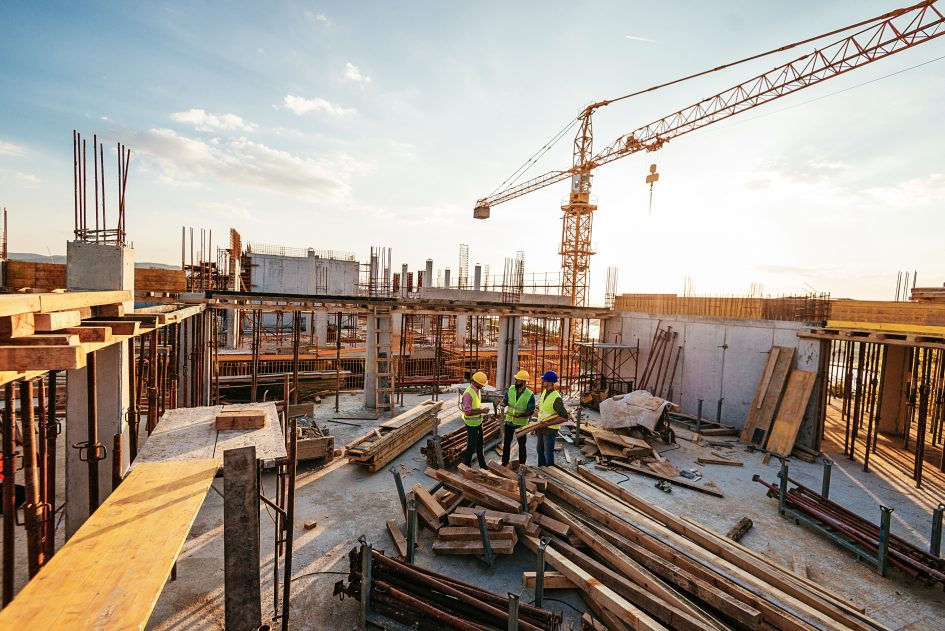 Construction has traditionally lagged behind other industries in technology deployment, but that may be about to change, industry watchers say. In 2016, seven out of ten construction firms invested less than 1 percent of their revenue in technology, according to JBKnowledge. This lack of technology is slowing down building projects, even as demand for buildings is outpacing the number of workers available. The combination of these factors makes the construction industry ripe for a robotic revolution to fill the demand for faster project completion, say Recode reporters April Glaser and Rani Molla. Illustrating this point, the construction drone market is already worth $45 billion, PricewaterhouseCoopers estimates.

Other digital technologies are also starting to make their presence felt in the industry, and companies that get in on the ground floor of these new tech trends will be well-positioned to gain an edge on the competition. Here’s a look at four ways digital hardware and software tools are revolutionizing the way construction projects are planned, tracked, executed and marketed.

Project management is one area where technology is changing the way construction is done. A key technology being used in this area is construction time lapse video. Video surveillance allows project managers to create visual documentation of project progress. Filtering surveillance footage through timelapse software then enables project managers and clients to visually review hours, days or weeks of project progress at a glance from any PC or mobile device. Using a time lapse project management service makes it easy to track project milestones, verify worker presence and confirm deliveries. Project managers can also use video to zoom in on a particular part of a site for close-up inspection from a remote location.

With construction theft losses now estimated to total $300 million to $1 billion annually, security has become another priority area for tech deployment in the industry. Web-based access control solutions form the heart of construction security, allowing security personnel to manage access control for your site and monitor on-site cameras from any location using a mobile device or web browser. Web-based access control can be used in conjunction with virtual security officer services, which allow remote guards to schedule remote patrols of your site, make sure workers reach their cars safely and visually inspect incident alarms or panic button activations. Remote surveillance can also be combined with two-way audio to communicate with site visitors, verify visitor identity and deter intruders with verbal warnings. In addition to human remote guards, high-tech radar and thermal and high-definition cameras can be set up to provide automated surveillance.

3D modeling is another innovative technology transforming the construction industry. 3D models help construction project managers, architects, and clients conceptualize designs before they’re built in order to make sure everyone is on the same page. Drone 3D modeling can also be used to provide an aerial inspection of a site to evaluate steel foundations, concrete pours, soil compaction and safety issues. A 3D model can further be used to provide project supervisors and clients with realistic-looking updates of project progress in order to provide input for adjustments.

Technology such as construction time lapse video, 3D modeling and construction site drones is also helping transform construction marketing. 3D models are empowering construction sales teams to lay out compelling, realistic virtual reality visions to help prospects give potential projects a “test drive.” Drones are being paired with timelapse software to produce aerial videos showcasing the progress of projects, helping audiences visualize what it would be like taking their own vision from blueprint to completion. Together these types of tools are helping construction companies leverage the power of video marketing, today’s most effective form of promotion.

From project management and security to 3D modeling and marketing, technology is revolutionizing the way construction is done. Companies that implement these technologies now will have a head start on competitors who are late to adopt.