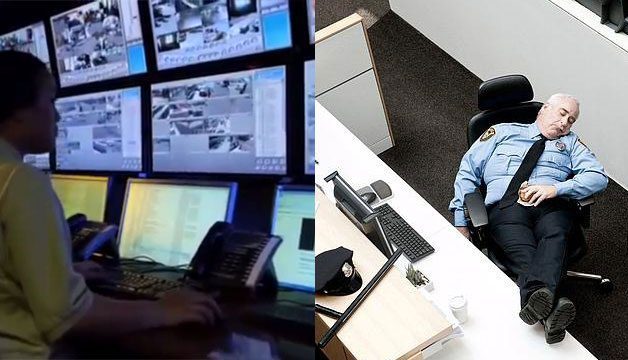 Security guards have helped keep tons of places safe over the years. From shopping malls to apartment buildings, from amusement parks to government buildings, security guards have stopped crime and made everyone feel a little safer. But, since we’re well over a decade into the twenty-first century, are these guards on their way out? The answer is (drumroll, please): yes… and no.

I know, that is a very unsatisfying and boring answer, but hear me out. It’s the age of computers and new, jaw-dropping technology, so why do we need someone to sit on location and wait for a crime to happen? Don’t get me wrong, they can be a big help, and security guards will probably always be around- whether it’s robot security guards or just plain old human ones- to make people feel a little safer. But, when it comes to places like construction sites, auto dealerships, and parking lots, it’s time for security guards to make their exit, and here are a few reasons why:

The latest camera technologies are absolutely amazing. I mean, we can capture an ant carrying a chip in slow motion if we want to. We can capture images of Mars. We can even take pictures of our food to put on Instagram! (Okay, that last one may have a hint of sarcasm.) But seriously, video cameras and still pictures have come a long way since polaroids. So, why would we need a security guard to sit at a job site all day and wait for someone to commit a crime when we can just simply set up a few security cameras or mobile units, or maybe fly a drone around the site? Security cameras will capture every little thing that happens on that job site, without having to be paid $10 an hour. They will record any incident that occurs so that footage can be sent straight to law enforcement without the hassle of asking a security guard to describe what color jeans the perpetrator was wearing, or how tall he was. They can be monitored 24/7 to ensure that nothing suspicious happens, and if something does occur, the police can be contacted right away.

The Benefit of the Cameras

Cameras are more reliable than guards, generally speaking, which is not necessarily the guards’ fault. They could show up late to work because of traffic, or accidentally fall asleep on the job when it’s late at night. But, cameras are always there. They are recording everything that is going on, around the clock. That way, no incident goes unnoticed or uninvestigated. Also, security cameras can be placed at different spots around a property, so that the entire lot is accounted for on camera.

There is absolutely no way that a lone guard can be in two places at once, maybe we can discuss that twenty years from now. But, in the meantime, if a guard is on one side of the property and a perpetrator is on the other, he probably either won’t hear/see the criminal, or won’t be able to get to them in time. A camera will capture the whole incident, while also recording the other side of the site. No criminal wants to be caught red-handed on camera, either, so they’ll typically stay away from any targets that have visible cameras near them.

Get in touch. Our security professionals are standing by, ready to answer all of your questions and help you make an informed descision about the type of security that best fits your jobsite or commercial property.