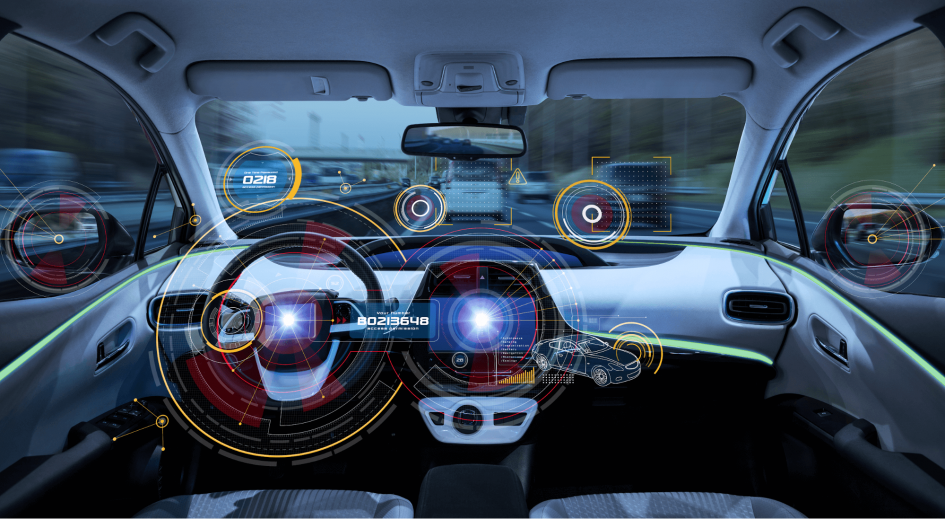 Innovations in police technology equipment are helping departments use the latest devices and methods to provide a higher level of safety for the public. For example, police officers in Rio Grande City are now using Bluetooth bulletproof vests. The vests automatically detect injuries (i.e. punctures in the vest) and immediately send notifications to dispatch and other officers with station-issued phones, alerting them of the location of the officer, and even their blood type and other information critical to first responders.

Local law enforcement departments are thinking outside the box when it comes to both police and public safety, and are working to increase efficiencies overall. We’ll look at some of the latest police technology equipment that police departments across the country are adopting.

1. Facial Recognition and other Biometric Technology

Biometrics covers a range of technologies based on an individual’s physical characteristics. Biometrics in law enforcement began with fingerprints well over a century ago. Today, biometrics technology also includes facial recognition and iris recognition.

However, technology is developing for live video surveillance verification. Cameras could scan crowds, looking for wanted persons or known threats. Similar technology will be used instead of tickets at some Major League Baseball parks. Facial recognition is also used in consumer devices, such as unlocking an iPhone by reading the owner’s face.

Iris recognition uses unique aspects of an individual’s eye structure much like a fingerprint. To be as useful as fingerprints a database of scans will have to be built for identification purposes. Some agencies such as the Yavapai County, Arizona, Sheriff’s Department have already added iris scans to their booking procedures to develop their local capability.

Iris scanners under development could identify someone as they glance in the rearview after a police offers pulls them over, PoliceOne.com reported.

Other biometric markers are showing promise as well. Gait analysis looks at how an individual moves and walks, which is very hard to change. Olfactory analysis has an accuracy rate of 85 percent in early tests.

Biometrics could also offer challenges to police. Undercover missions could become difficult if officers could be identified underneath their disguise.

Capturing video is one thing — making use of requires another level of technology. In the near future, real-time video from body cameras will deliver instant analysis of footage from the scene, checking identities in real-time. Algorithms can find meaning in a video by identifying people, places, items and actions.

AI can tackle the tedious review of videos to find evidence, whether from body cameras or surveillance. In the case of a major incident, the video review load can also include cell phone images from the public.

The technology can scan video for specific objects, words and actions and also transcribe the audio. It can search at high speeds for faces, words, tattoos and other objects, such as searching for a red four-door sedan.

Intelligent video analytic systems can continuously learn so that it can identify behavior that is abnormal or out of place. Departments are looking into gaining access to private video feeds, either in real-time or on a case-by-case basis, to augment video monitoring and review.

Fixed readers on freeway overpasses or utility poles can track thousands of cars per day. Some systems can capture 1,800 license plates per minute 24×7 on vehicles going up to 150 mph, The Atlantic reported. Police can access private databases of license-plate scans to supplement their own efforts. One private data has over 4.2 billion sightings of plates and is growing at 120 million sighting a month.

Departments using license plate readers report an increase in the number of stolen vehicles identified and recovered, according to the Center for Evidence-Based Crime Policy.

Artificial intelligence (AI) is changing the way data is being captured and handled and helping law enforcement move from a reactive to proactive model for policing.

For instance, Intel is working with agencies to find missing and exploited children using artificial intelligence to sift through data from over 8 million tips a year. One promising tactic is to upload data points, such as phone numbers and IP addresses, to determine the location of a subject. With a location identified, the system will be able to route follow-up information to the correct jurisdiction.

AI can also monitor and mine social media for keywords and videos, often about crimes in progress, using open public feeds. Predictive analysis can determine where a disturbance or crime may occur based on keyword traffic and check-in posts for locations.

Big data and AI have greatly improved heat mapping capabilities for law enforcement. Police heat maps still aggregate data from sources like dispatch centers and crime databases to help in resource planning and deployment, but advancements in predictive policing mean law enforcement agencies can now use heat maps to predict where and when crimes are likely to occur. In one study, an area assigned to patrol officers by a crime forecasting algorithm had 4.3 fewer crimes than the police had expected. Using this predictive algorithm alongside traditional heat mapping and crime analysis, researchers calculated that the LAPD would save $9 million dollars a year.

If you have any questions on how technology could better protect your property, give us a call or fill out our online form.

Drones or unmanned aerial vehicles can extend the eyes and ears of a police force, allowing officers to cover more ground safely. They’re a relatively low-cost addition to a department’s arsenal of technology.

Drones can be fitted with optical cameras as well as thermal imaging systems to patrol from the skies. A number of departments have already adopted drones for search and rescue, crowd monitoring, active shooter situations and other uses where surveillance is required.

The Federal Aviation Administration regulates commercial and governmental drone flights, so pilots must receive training and earn certification before using drones in the field.

It’s becoming easier and cheaper to deploy devices that connect to the Internet, from video cameras to surveillance technology.

GPS-enabled devices transmit their location and can be used to monitor vehicles, people and items. GPS darts or bullets deliver on-the-spot tracking, shot into a vehicle with the occupants unaware.

Repeat offenders, confidential informants and other high-value targets can be tracked with GPS enabled devices, from leg bracelets to small undetectable items such as a necklace and vehicle trackers.

Known as a long-range acoustic device or LRAD these devices were developed by the military to repel terrorist attacks.

Officials can broadcast instructions or warnings and play warning tones to repel individuals. The device broadcasts on a tight beam of sound and can be heard and understood over crowd noise by large numbers of people.

Police departments in Pittsburgh, Houston, Dallas, New York and other cities have used the devices during massive demonstrations and riots. The devices can be mounted on cars, motorcycles, helicopters and other platforms to communicate with crowds from a safe distance.

Investing in new technology is a big step for a police department. After identifying the technology best suited to deal with the problems you’re trying to address, working with an experienced vendor with security technology expertise will help guide you to make the best decisions for your jurisdiction.

For an in-depth look at police technology equipment and applications, download our “How Technology is Changing Law Enforcement and Public Safety” eBook.

Ready to secure your property with the latest in security technology? Our customer service representatives are standing by, ready to answer all of your questions about security.

How Technology is Changing Law Enforcement and Public Safety