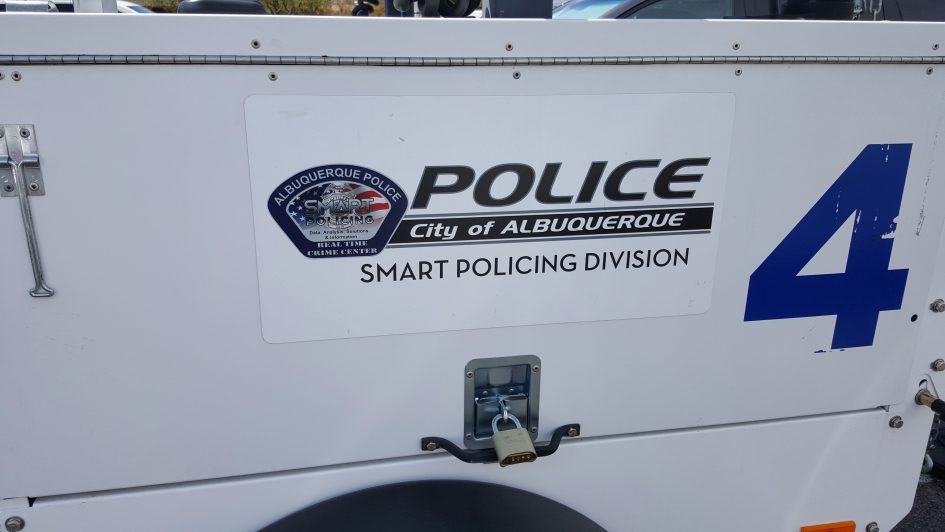 According to statistics compiled by the FBI, Albuquerque, NM suffers from one of the highest violent crime rates in the nation. From 2009-2013, the number of murders in the city almost doubled, with assaults, armed robberies, and other incidences of violence closely following.

The Albuquerque Police Department (APD) has been fighting an uphill battle for years. One of the chief causes of the city’s shockingly high number of crimes is the never-ending rivalry between more than 100 gangs in the area. The APD isn’t an exceptionally large force, and keeping enough officers on the streets to protect the entire city has often been financially unfeasible.

This is a common problem faced by modern police departments across the US, and even around the world. Crime has been exceeding the resources of the police for many years as criminals become both more numerous and more sophisticated.

Being a matter of public safety, it’s a problem that has benefitted from a great deal of thought, research, and study. The answer is a new model for law enforcement, a new type of policing that leverages modern techniques drawn from other areas of government, along with the latest in technology.

This new system is called intelligence-led policing, and in essence, it boils down to the old adage “Work smarter, not harder.” Every resource, from boots on the ground, to the most cutting-edge electronics, work together to create the safest environment possible for the public.

At ECAMSECURE, we have been developing and deploying highly advanced security solutions for over 15 years, and we were honored to be selected as part of Albuquerque’s implementation of this exciting new area of thought.

What is Intelligence-Led Policing

Although the basic concept of intelligence-led policing dates back to the 1994 book Wedge – The Secret War between the FBI and CIA, in which author Mark Riebling implored law enforcement to “become more like spies”, the movement did not truly take hold until after 9/11.

Today, departments across North America, Europe, and around the world have embraced the idea. Essentially, intelligence-led policing holds that police should act proactively based on intelligence, not reactively as crimes occur. By collecting and analyzing data on repeat offenders and high-crime areas, police can efficiently direct their resources to where they will have the most impact.

That data can even be used to spot likely crimes before they occur, using a field of study called predictive policing. By learning to identify patterns that typically lead to crime, police units can be diverted to the areas in the most danger of criminal outbreaks.

When officers on the streets are a limited resource, the best way to gather and analyze data becomes technology, specifically surveillance cameras. To that end, the APD installed a network of about 100 static cameras around the city. To support and operate the cameras, the Real-Time Crime Center (RTCC) was opened.

Staffed with trained operators, the RTCC was developed as a resource for APD officers to maintain awareness of happenings in the city. In addition to notifying police of activity caught on camera, the center also monitors purchases and sales at pawn shops, develops heat maps of criminal activity, and sends out a daily newscast to all APD officers. Today, the RTCC monitors over 1,000 cameras, and has won a prestigious award from the International Association of Law Enforcement Planners.

The RTCC and its network of cameras were a great success and a strong start on the road to intelligence-led policing in Albuquerque. The initial deployment of cameras was somewhat basic, though, and installing enough of them to cover the entire city was economically unfeasible.

Rather than continue to use the same static cameras past the point of diminishing returns, the city decided another technological upgrade was in order. They needed a surveillance solution that could be even more proactive in fighting crime.

After evaluating camera solutions from the countless security manufacturers across the county, Albuquerque settled on the Mobile Surveillance Unit (MSU), our flagship product at ECAMSECURE. A fully self-contained, self-sufficient camera tower, each MSU can power and support a large number of state-of-the-art surveillance cameras.

MSUs are custom designed and built for each client, and their configurations are flexible enough to support the needs of any application. An individual MSU can incorporate any or all of the following features.

After consultations with the APD, we built several MSUs that incorporated a variety of PTZ and fixed HD cameras, along with speaker features. The PTZ cameras have a preprogrammed patrol route, and can also be manually controlled to investigate specific areas of interest. Using the speakers, operators at the RTCC can instruct trespassers or unruly crowds directly, warning them that police will be dispatched if they do not disperse.

Best of all, the MSU is as mobile as the name implies. The APD can easily tow camera setups from location to location as needed. When data from citizen reports, static cameras, or criminal activity indicates an area of the city needs extra muscle from law enforcement, an MSU is moved in to provide it.

Although there were several MSUs in the initial deployment, the high degree of flexibility and responsiveness afforded by their mobility means that each set of cameras is always pointed exactly where it needs to be for maximum protection. It’s this kind of “working smart” that epitomizes the intelligence-led policing movement.

After determining a technological upgrade was needed, the APD spoke with countless camera manufacturers and developers around the United States. One of the unique challenges posed by Albuquerque’s situation was integration with the existing cameras, software, and personnel at the RTCC.

At this point, the RTCC had been in operation for years, and officers had grown to rely on its expertise and service. An enormous amount of time and financial resources had been poured into the center, and it had paid off. What this meant, though, was that any new technology would need to supplement, not replace, the RTCC.

As it turned out, ECAMSECURE’s dedication to support and service was exactly what the APD needed. Although other manufacturers had cameras with comparable features, only ECAMSECURE was willing to put in the work to integrate its product with those already deployed.

Our technicians were able to modify and source compatible products to ensure the custom MSUs would work seamlessly with the existing RTCC systems. Once the MSUs were built, a team from ECAMSECURE flew them out to Albuquerque to personally train the RTCC operators in their use.

The dedication to service continues to this day, well after the initial deployment. Our support personnel are highly responsive, and are available 24/7 to respond to questions and issues. In the world of crime prevention where lives are so often at stake, that kind of service matters.

Although Albuquerque and the APD continue to fight gang violence and a high crime rate, the MSUs have made a difference. The APD strategically relocate the camera systems from location to location, keeping criminals guessing as to whether or not they are under surveillance.

Most telling has been the response of the citizens of Albuquerque. When the APD moves an MSU out of a neighborhood, citizens invariably request that the cameras come back. They feel safer with a camera tower in the area, and the incidence of criminal activity is noticeably lower.

The MSUs have been such a success that the APD has decided to expand the program. We are currently hard at work designing a new MSU for Albuquerque. This one will incorporate license plate capture technology, allowing RTCC operators to quickly identify any vehicles that cross the camera’s path. The APD expects to purchase additional MSUs in the near future, and we will upgrade the initial deployment to match the improvements of the new generation.

At ECAMSECURE, we have successfully completed countless security projects and installations, but Albuquerque is one we’re especially proud of. We’re grateful to be able to make this kind of difference to a city in need, and to its brave police force.

Contact us and speak to one of our security professionals who can answer all of your questions about mobile surveillance units. They can explain how other PD’s are using them to help protect thier cities.

How Technology is Changing Law Enforcement and Public Safety