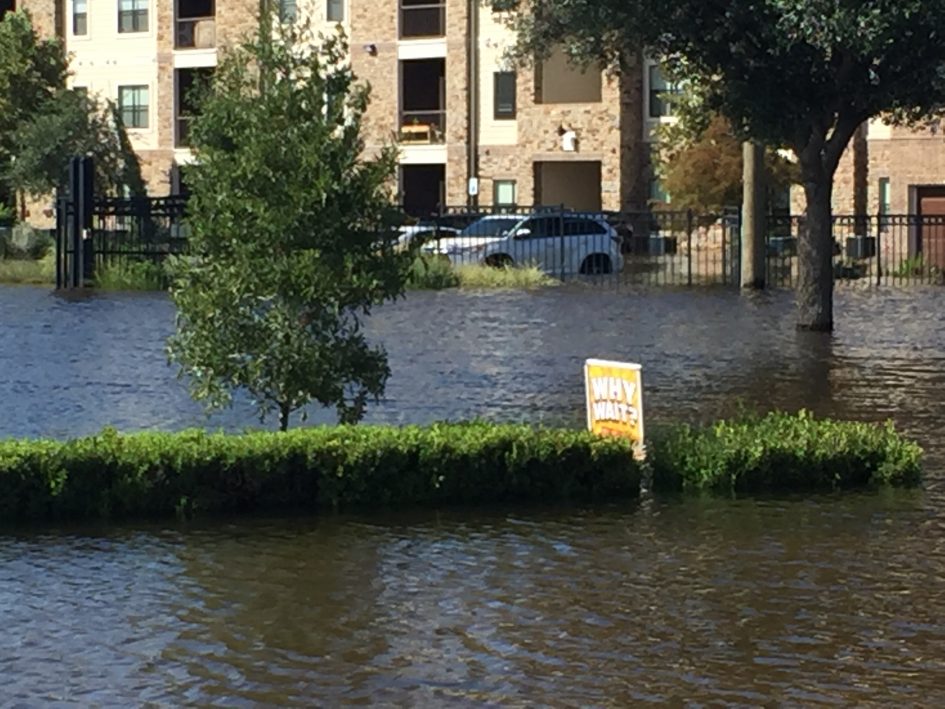 Hurricane Harvey has hit the southern coast and brought damage and destruction to Texas like we haven’t ever seen before, becoming the strongest hurricane to hit US shores in decades. Houston and the surrounding areas are struggling with unimaginable devastation and challenges to their way of living that are difficult to come to grips with. Hurricane Harvey has truly changed the way we look at life before, during, and after a major natural disaster.

This change in perspective includes the way ECAMSECURE is looking at security and surveillance in the aftermath of the storm. Across the Houston area, security personnel and security supervisors have had to adapt, react, and respond to situations that they’ve never pictured themselves in before. The dynamic reactions of those security personnel in the Houston area have struck at the very core of what makes modern security and surveillance so difficult and yet so important: security experts are stepping up in a way that nobody else could, when nobody else was able.

It’s hard to properly depict in images or words what it’s like to live through a hurricane and experience the aftermath. Imagine tense days of buildup leading to evacuations of nearby towns and cities. Imagine the storm rolling in, and the lights going out. Winds and rain are accompanied by the threat of flash flood, and tornadoes and even more flooding as rivers breach banks and levees fail. And once the storm has passed, the waters just keep rising. Even once they do stop, there’s no telling how long the flood waters will linger, and they recede only to show more destruction and death below their depths. There is chaos on the streets, and nothing feels safe anymore.

Now imagine that it’s your home that’s underwater or your business engulfed in the floodwaters. Imagine the shopping center that you supervise being completely underwater, and the people who work, live, and play in the area are all stranded and without help. That’s the reality that business and homeowners are facing in the wake of Hurricane Harvey, but ECAMSECURE wants to help.

When Harvey blew over the Houston area, professional and highly-trained security personnel working with ECAMSECURE partners CPS Security were in place at businesses, work sites, and construction sites all around the area. These security guards were ready to do their job, but they had no idea what was coming.

Most CPS Security personnel were in place to protect against looting after the storm. It was expected that with the loss of power, infrastructure, and emergency response, there would be a strong need for looting prevention in the area. These security guards were fully-equipped and ready for action, prepared to lock down buildings and secure businesses from whatever may have happened after the storm.

Stepping Up to the Plate for Public Safety

Once the storm cleared, onsite security guards were ready for action. But beyond being in place for looting prevention, they stepped up to take on so much more. In addition to protecting physical locations from looters, these guards took public safety into their own hands when they saw the need. They helped residents move in and out of locations to get their belongings, and worked hand-in-hand with The National Guard to make sure these relocations were accomplished safely and smoothly.

In addition to guards who were on site for the storm, additional security personnel were able to rapidly deploy to assist their associates. As the flood waters peaked and receded, these guards were there helping hand out food and water to people stranded by the storm, again working with The National Guard to ensure that immediate emergency relief efforts went off without a hitch.

Staying Vigilant When There’s Nobody Else to Help

At a time when emergency responders were tied up helping evacuate people in dire need or responding to extreme disaster situations, security personnel were still there to help. These guards and their supervisors were present from the start, staying late into the night to continue patrols of devastated areas. They remained long through the morning hours to help people move safely to where they needed to be. And they haven’t left yet. When no one else was capable of being there to help, these security personnel were able to make Houston and its surrounding areas a safer place to be. At ECAMSECURE, we couldn’t be more proud of our CPS Security partners.

The story isn’t over yet. Now that Harvey has blown away and Houston is left in devastation, it’s the perfect time for security personnel to step up again. At ECAMSECURE, we’re ready for action.

Cleanup has begun. Houston is a resilient town, and it’s time for our security personnel and surveillance experts to be part of the cleanup and rebuilding process. We are excited to see the community come together, and for our personnel to band together with groups like The Red Cross and The National Guard to make a real difference.

Although the devastation brought to Houston by Harvey was a terrible disaster that no one ever wants to experience, it’s time for us to rally around the crisis and rise to become our best. ECAMSECURE want to help you achieve those goals with the right security and surveillance support.