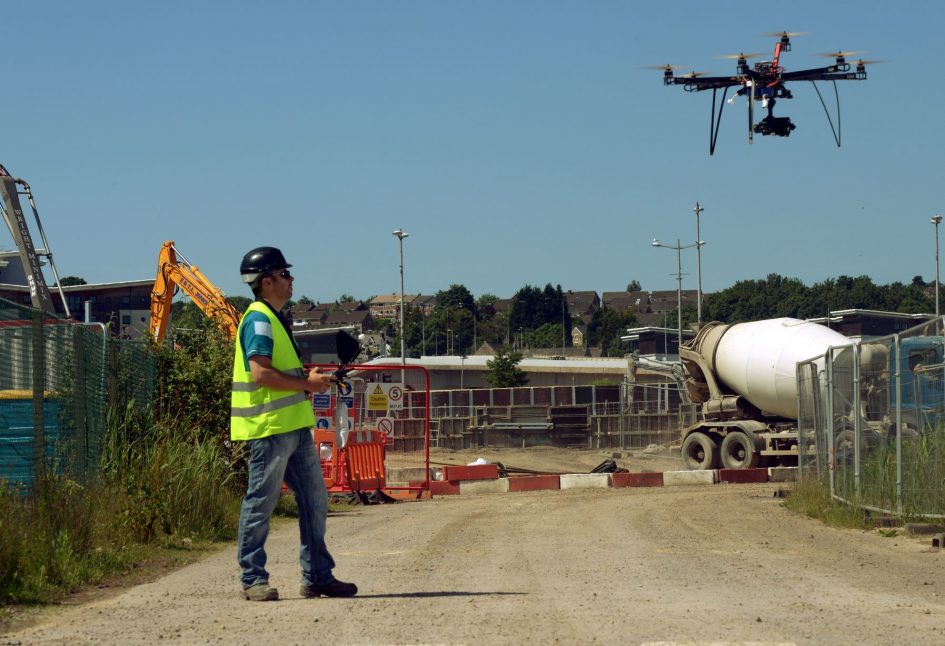 By Carlos Hazbun | Security | No Comments

Drones have been a fun and entertaining invention ever since they first hit the market. But, these Unmanned Aerial Vehicles, or UAVs, are certainly no little kid’s toy, contrary to what people might think. Drones are highly professional equipment that can be used for a multitude of different purposes. They can fly over large audiences to film music festivals and concerts in order to advertise a singer or create memories for an excited fan. They can soar over large Swiss walls to allow nosey paparazzi to film celebrity weddings (sorry, Tina Turner). They can allow you to watch snowboarding or football from the best possible angles. And they can even help companies like Amazon and Domino’s deliver packages… and extra cheesy pizza. Now, these things are awesome and will probably make our lives even better than they are with the most current technology that we have. But, what do these seemingly irrelevant-though very cool- things have to do with the construction industry? The answer to that simple question is more complicated than you may think, but I’ll put it into a few simple words to start: drones are going to completely change the face of construction site surveillance, forever. This statement may seem overdramatic, but many experts agree that drones are going to revolutionize lots of industries, especially construction security. They will make surveillance easier, cheaper, and safer for both employers and employees who put themselves in danger constantly to make these buildings safe for other people.

For project managers and building owners, safety is usually a number one priority. They want to make sure that a construction site is always a safe place for their employees to work so that no one gets injured during the construction process. Drones are going to be a huge help with this. When programmed correctly, drones have the ability to fly around a construction site and make note of every single safety hazard and safety code violation imaginable, whereas a building inspector or construction site manager might miss one or two things, which could be very dangerous and costly in the long run. It also can do so in a fraction of the time that a human would take to do the same thing. Basically, there is less risk of safety issues and a higher reward of no injuries.

Normally, if an employee gets lazy or stops doing his or her best work, their boss knows right away. On construction sites, however, things are a little bit different. Even though job sites can be monitored with cameras, oftentimes the project managers have more pressing things to attend to than to watch their workers all day. So, this is where UAVs come in. The drones can fly around a site to act as the virtual construction manager. Another great feature is that if and when employees are having a problem with something, they can easily contact their manager from the drone’s video conferencing system to resolve the issue quickly and easily. This will improve communication between employees and managers immensely and hopefully prevent future mess-ups in the building plans.

The potential HD and thermal cameras that could be installed onto drones are perfect for making a job site secure after everyone has gone home for the day. They can be launched at a set time every night and fly around the perimeter of the site. This will ensure that no thieves or trespassers come onto the property and attempt to vandalize it. If an emergency situation or any suspicious activity is detected, alarms can be sent to local law enforcement, owners, and/or private security teams right away. The entire incident will be recorded for review, even if it turns out to be non-threatening.

Usually, when a company hires a security company to guard their construction site, the process does not start until after the actual work begins. However, if you hire a construction drone company, they can start work much earlier. Before construction begins on a site, the area must first go through a thorough inspection to make sure there is nothing harmful under or around the site, and that all city codes and safety protocols are being followed. This process is grueling and could take up lots of valuable time. By using a drone, you can cut this process in half and ensure that your site is even safer than it would’ve been if a person had inspected the site for you. Also, UAVs can help to make sure that the blueprints are being followed to a T, making certain that the building is perfect and no mistakes are made.

Contact us today to speak to one of our security professionals about how you can benefit by using drones on your jobsite.